PROMO: Let us treat you with discounts & seasonal offers in the heart of Old Montreal. | Click here. 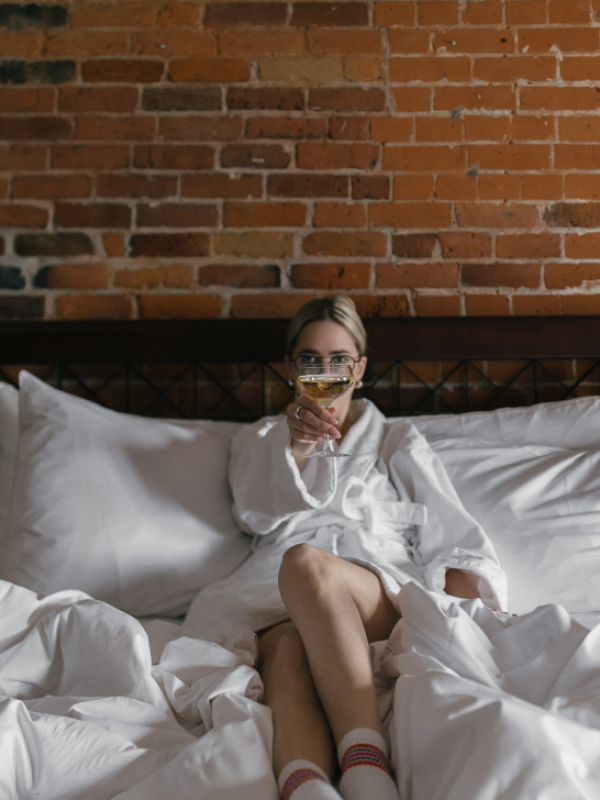 Treat yourself with a memorable stay in the heart of Old Montreal. Our team has made sure to design the perfect packages to ensure your happiness & comfort.

Our modern, classic hotel is housed in four historic buildings that have been tastefully preserved to maintain their unique stone-and-brick features.

Hotel Nelligan is situated in four historic buildings that have been carefully preserved and enhanced.

From Wholesale Grocer to Hotel

In 1852, the easternmost building, located at 100-104 St-Paul Street West, was damaged by a fire that ravaged neighbouring Place Cartier. The building was then rebuilt by William Murray, who turned it into a three-storey warehouse that stocked wholesale groceries and fabric.

From 1867 to the mid 1880s, the western part of the building housed the Canada Paper Company. Later, the building became a warehouse for pharmaceutical products, and remained so until the mid 1960s.

For the next four decades, the building changed hands numerous times. In 2001, it was purchased by the Antonopoulos Group, who undertook major renovations to integrate the building with the one adjacent to it, linking them through a magnificent interior atrium space.

In 2002, the merged structure was inaugurated as the Hotel Nelligan, a name inspired by the renowned 19th-century poet Émile Nelligan.

The second building, located in the middle of the currently expanded Hotel Nelligan, was originally a three-storey warehouse selling fabric and cloth. In 1866, it became a pharmaceutical warehouse belonging to the Lyman family. Between 1922 and 1964, it served as a pharmaceutical laboratory.

Between 1964 and 2000, this historic building housed a variety of businesses, until it was purchased by the Antonopoulos Group in 2001, who transformed it into the plush, contemporary boutique hotel.

The westernmost structure, adjacent to the two other buildings, was also destroyed by the fire of 1852. In the months following the fire, pharmacist and pharmaceutical products wholesaler William Lyman purchased the property and built a four-storey warehouse and store.

Until 1909, the building was occupied by the Lyman family and their assorted businesses, all in the pharmaceutical field. A paper company took over occupancy in 1915, and remained in the building for more than three decades.

In the years that followed, it housed various offices, businesses and manufacturers – most notably lamp and table-maker Century Industries Inc. The Antonopoulos Group purchased the building to expand the Hotel Nelligan, annexing it to the existing hotel.

The Hotel Nelligan’s expansion, completed in June 2007, represented a big investment in regional tourism. Architect Guy Demers and CAMDI Design respected the building’s rich architectural heritage as well as the refined contemporary design that has contributed to the success of this award-winning four-star hotel.

The Antonopoulos Group has honoured the historic charm of the neighbourhood, creating a perfect marriage between historic brick walls and a luxurious and warm contemporary design.

We welcome you to Hôtel Nelligan, known for our impeccable attention to service and beautiful, comfortable rooms.